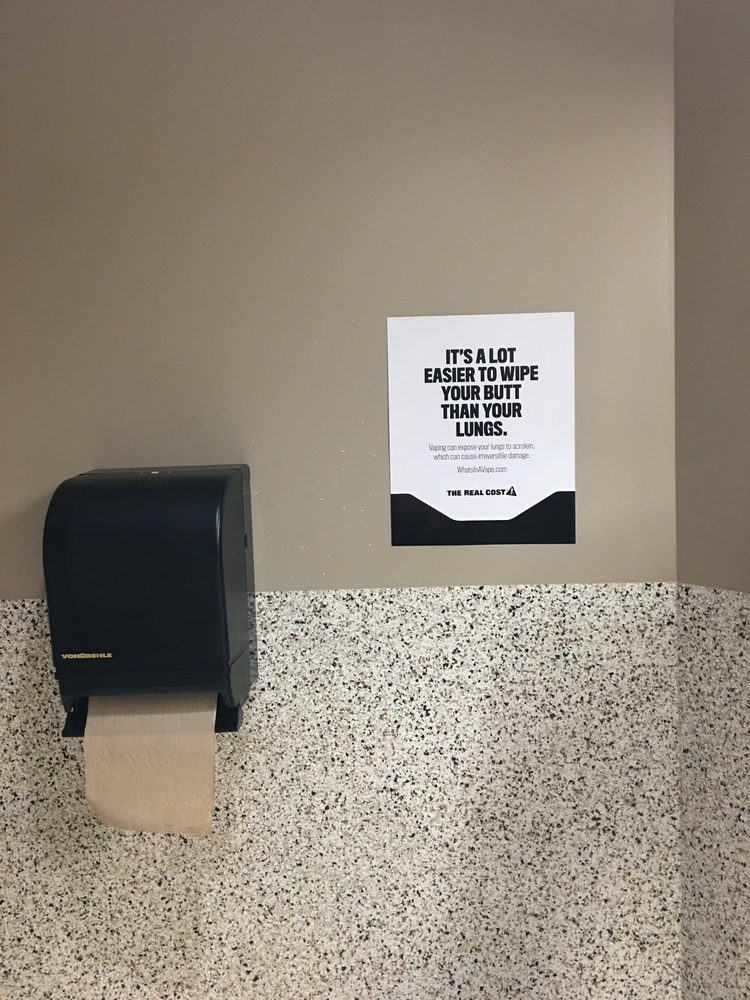 Vaping, also known as JUULing, is a rising epidemic in today's youth, being popular amongst middle and high schoolers. Adolescents seem to be picking up the habit at an alarming rate across the globe, including students here at Hiawatha High School.

Nationally, 3 million, or 20 percent of teens, are vaping. One of the main reasons teens are so attracted to it is because of the addictive flavors, such as mango, mint, bubble gum, etc. Another reason is the “fact” that it's “better” for you than traditional cigarettes and cigars. This adds another incentive for young adults, though many fail to realize that this misconception isn't necessarily true.

Within minutes, on any social media platform - such as Instagram or Snapchat - it is likely you will find pictures or videos of kids (often below the legal age for purchasing a vape pen) vaping and doing “tricks” while being admired by their followers. The idea of Juuling is being romanticized and glorified in today's culture, mainly because it looks cool and tastes good.

Vaping is a considerable alternative to use if you're trying to stop smoking. It's less harmful than inhaling smoke from a traditional tobacco-based cigarette, so it's easy to think that there's no harm in it. However, though Juuls contain fewer chemicals than cigarettes, they are still not free of toxins and still deliver harmful chemicals.

The gag, however, is that, according to the National Health Interview Survey, 40 percent of young adults who use e-cigarettes regularly were not smokers before trying e-cigarettes, supporting the theory that they only do it for the clout.

With Juuling on the rise in both teens and adults, it becomes imperative that we examine and educate ourselves and those around us of the dangers of Juuling.