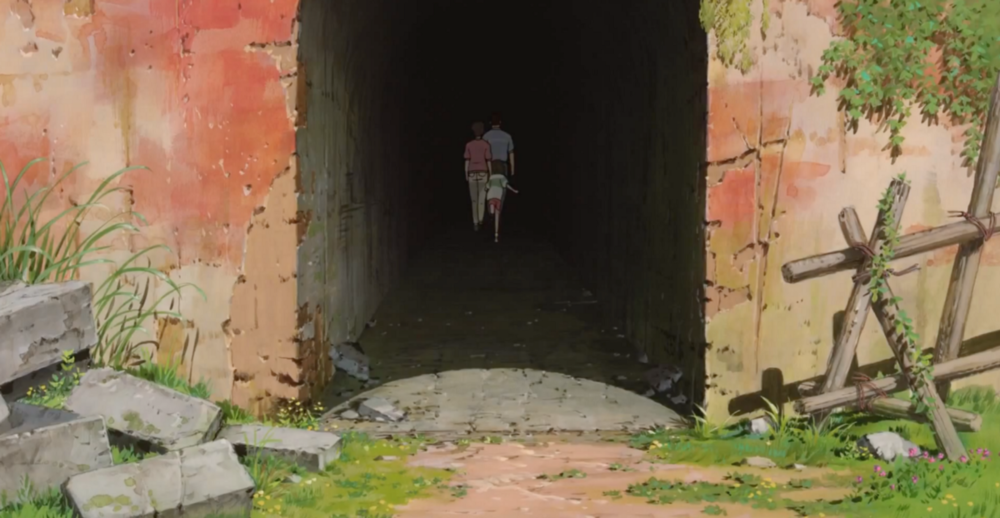 Finding Yourself by Getting Lost
Claire Geiger
Wednesday, February 20, 2019

When Chihiro walked through the ominous clay tunnel, clinging to her mother’s arm and whining, she certainly wasn’t expecting a world of spirits and danger to await her on the other side, but that’s exactly what happened. Tossed  into an alternate universe of sinister plots, evil witches, and train sized babies, Chihiro must work to save her parents from a mortal outcome and stay alive along the way. Finding work in a spirit bathhouse with help of her friend Haku, Chihiro works day and night and finds herself entangled in a plot much bigger than her, forcing her to use her strong, innate qualities to help save her friends and get back home with her parents along the way.

Both an Academy Award winner and Japan highest grossing film of all time, Spirited Away captured the hearts of viewers from around the world and instantly became a crowd favorite. Most impressive of all, the film was entirely hand drawn before becoming an animation and was surmised in nearly ten years of production. Using underlying themes and relationships that are as real as anything you’d find in your own neighborhood, Spirited Away became an instant success, beloved by all who took the two hours and five minutes to view it. Spirited Away gained fame and notoriety not only in Japan, it’s country of origin, but in America as well, being named the second “Best Film of the 21st Century So Far” by the New York Times. With so many awards and beautiful reviews under its belt, it’s clear to all that Spirited Away has already carved a niche for itself in the history of filmmaking and in the hearts of people around the world.

When one first watches Spirited Away, it can certainly be difficult to keep up with so many things going on within the plot. The plot often resembles a tangled bramble, intertwining with different themes and scenes at inopportune times and sometimes tangling itself up in the process. With so many themes and thought provoking ideas, the film certainly warrants a second viewing, if only to get a chance to take everything in. However, once untangled, Spirited Away shines light upon age old and simple philosophies that anyone can apply to themselves, all the while giving audiences an enjoyable ride on a rollercoaster of action, emotion, and contemplation.

Aside from philosophical and entertaining aspects, Spirited Away has a set of technical traits that rival and surpass any other animation film. The film uses realistic imagery, believable movement, and a colorful display to accompany it’s thoughtful themes. Being entirely hand drawn by Hayao Miyazaki, it carries a degree of genuineness that is hard to find in any film.

Overall, regardless of affiliation or lack thereof with the anime scene, Spirited Away is a film for the ages that has something to teach everyone. I highly recommend that everyone see the film if not to enjoy the philosophical side, then to enjoy the technical dexterity of the film and it’s impressive grasp upon reality using the most unassuming medium. If the viewer takes the time to set aside prior beliefs and simply enjoy and immerse themselves in the film, you’ll find a world of beauty and a universal lesson to be taught and learned.