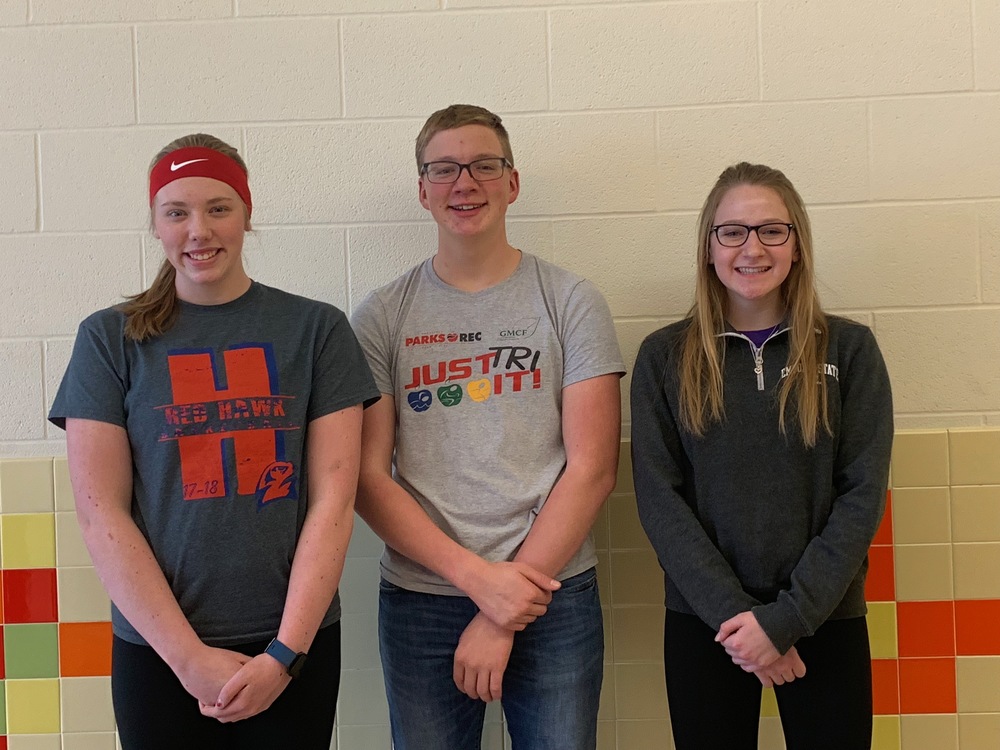 As the new year begins, so do Hiawatha High School’s returning sports and activities, including forensics, coached by elementary art teacher Katie Miller. This being only her second year of teaching the high school forensics team, some might be worried, however her Red Hawk forensics team is nothing short of ecstatic for the new season. With many already planning on how to make it to State Forensics and most having begun working on their selected pieces in practice, this season is shaping up to be a good one.

Senior Jasmine Morey is eager for her second season to begin; so far Morey is very excited about her team and is ready to see them shine both during competition and at practice. This year, Morey is most excited to work with Isabella Eppens, another senior who is also going to be on the forensics team this year.

There are around 29 members on the forensics team this year, in addition to Morey, including fellow senior Maggie Moorhous who also reports feeling good about her team, and is excited for her first year with Miller as her coach. Moorhous is planning on trying her best to go to State this year, but says she makes no promises. She is planning on a dramatic duet with her sister, freshman Karin Moorhous, and is also considering a humorous solo. Moorhous has already attended a Hiawatha Forensics meet when Mrs. Davis was still coaching the team, and is excited to do it yet again with Miller.

“Nearly the entire team is returning [this season] and we have picked up some talented new members. I firmly believe we will do well in competitions as we continue to grow as a team,” said coach Katie Miller.

Jack Rosá - HHS sophomore - believes his team will do well because of how the team performed last year. He believes that his strengths lie in his ability to improvise. Rosá jokingly says he plans to improve himself by attempting to memorize his piece before he gets on the bus to go to the meet.

“I am excited to watch and give pointers to my fellow teammates,” explains Rosá.

Freshmen Bailey Peirce and Sarah Madsen are both looking forward to forensics this season as well and have spend some thought on their strengths and weaknesses as individuals.

Pierce believes one of her strengths is that she is outgoing, however she is also shy and counts this as her greatest weakness. Madsen’s chief strength is that she is good at public speaking, but hopes to improve on her tendency to get over-excited and talking really fast.

Coach Miller believes that her team’s strengths lie in their flexibility and their talent, saying that she thinks that quality is a huge strength because they have the ability to move around as individuals to help the team as a whole.

Forensics members are gearing up for a new season, preparing for State Forensics on the 4th and 5th of May, giving each other pointers, and cheering their teammates on. The team is prepared to laugh, joke, and cry their way through piece after piece until they are prepared to perform at State Forensics. They will be rising to the occasion and eventually, they will be ready for whatever the competition throws their way. Are you ready to see what they can do?