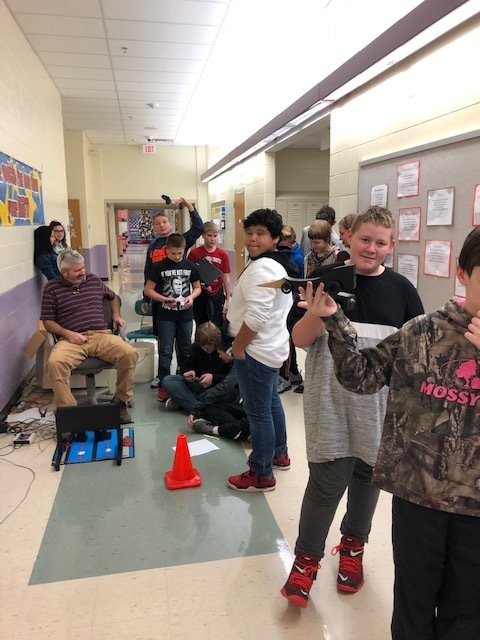 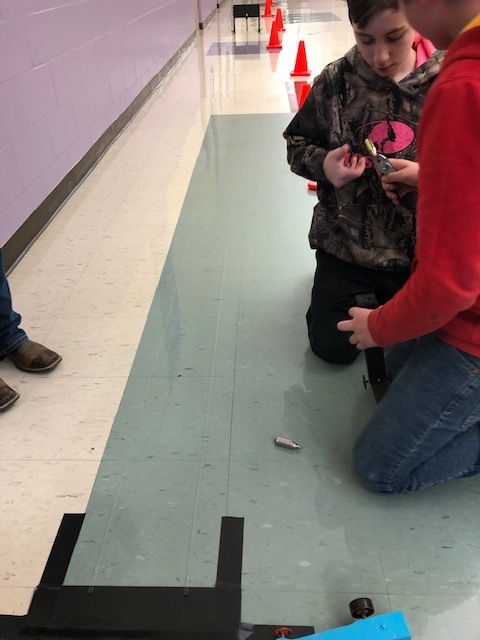 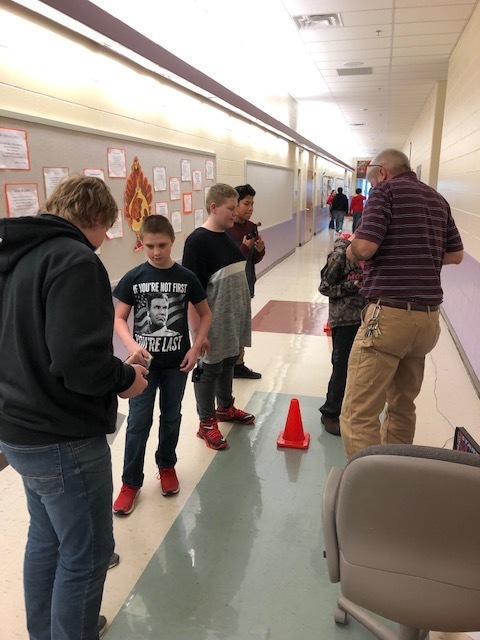 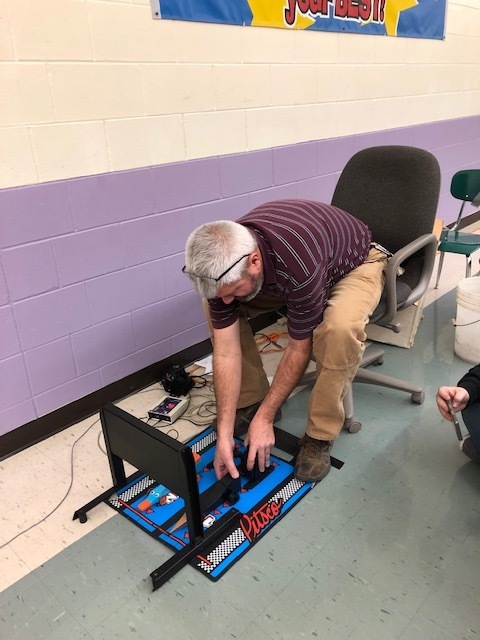 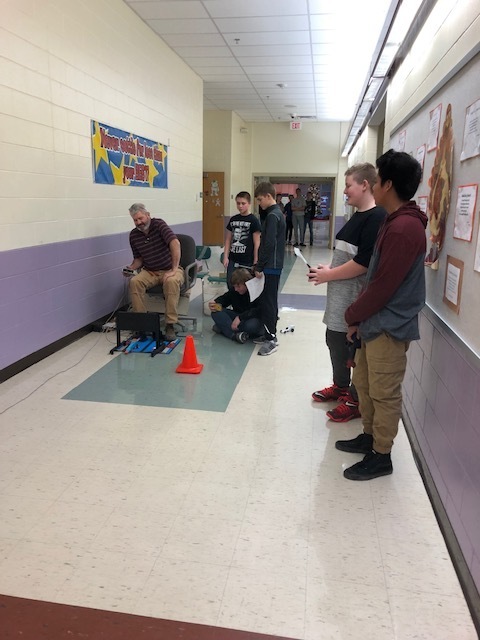 Mr. Arment’s HMS Intro. to Technology students ran the “2018
Winter nationals” this morning! While studying aerodynamic theories,
students designed and built CO2 dragsters. They raced against cars of
similar weight, and had a few ‘grudge matches’ against friends’
vehicles.

Joey, a second year Tech student, explained that everyone designed their
own car and drew it out on their wood blocks. The car shapes were cut
using the high school wood shop’s band saw, and then the sanding began
followed by sealing and painting. Axles were then added. On race day
CO2 cartridges were loaded into the rear of the vehicles and the
electronic starter fired them down the “track”, which consisted of
fishing line. (The fishing line was threaded through eye screws under
the cars.) This is his favorite technology activity.

Addy, also a second year student, added that students learned wood shop
safety, and aerodynamics with lift, drag, thrust and gravity. This year
she made her car smaller and thinner, working on the aerodynamics to
increase its speed.

This was Dalton’s first year in Technology. He really enjoyed it. He
thought his car was heavier than it should’ve been, but he actually won
two races; his vehicle ran on its back wheels because of its weight.
His vehicle was purple and white (students choose their own colors), and
its intended name was the Purple Destroyer. It ended up being named
‘Perfect Storm’, which worked out well! Dalton looks forward to taking
the class again.