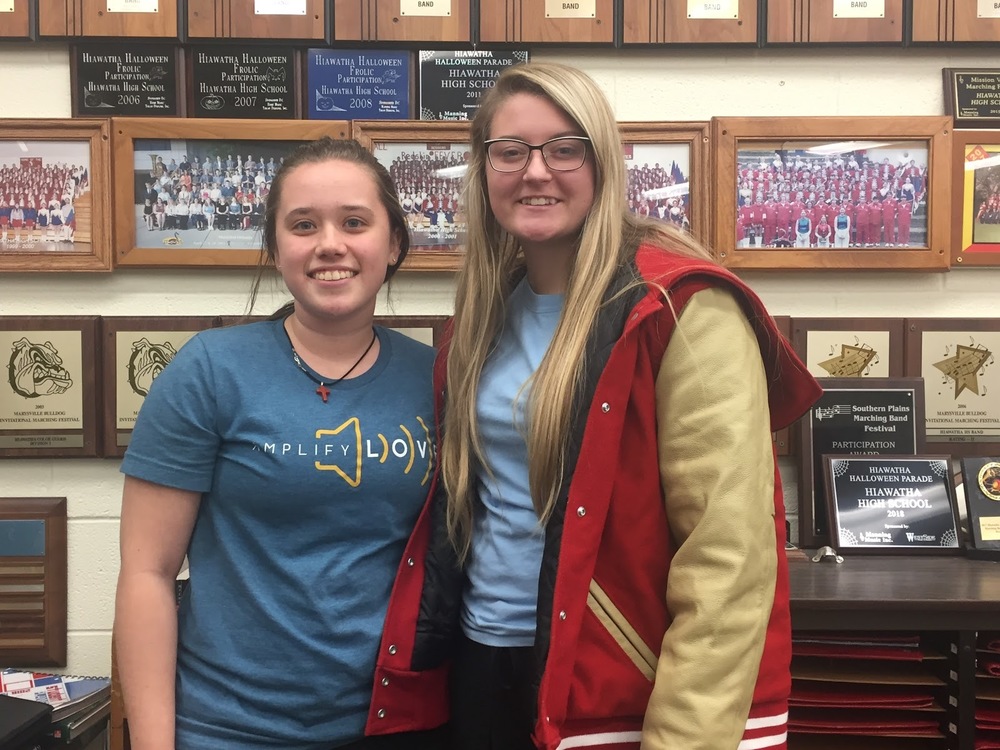 On Saturday, November 10, some of our band and vocal students headed down to Eudora for the district band and choir auditions being held there. One of the band and one of the choir members have been chosen to take part in this program.

Seniors Robin Madere and Laila Jones both qualified for all-district in their respective areas, band and choir. While Jones is unable to attend, Madere will be headed to Seaman High School in Topeka on the first of December for a day of practice before the final performance, which will also be held on that day.

Robin is amazed, to say the least, at the fact that she was given this opportunity to show off her playing skills with all these people who were “so amazing that they really made me second guess myself. I definitely did not think I was going to be picked.”

“Everyone that’s there loves band and loves to do band,” explained Madere.

For her part, Madere thought that maybe it was a matter of size.

“Well, counting me, there were four piccolos total. I think at least two of them were from bigger schools, and then there was one more. I don’t know if she was from a bigger school or not, but she came out of the room crying, which definitely scared me a little bit. But I didn't end up crying and I’m from a small school, so maybe that is what gave me a good edge?”

Madere is more than excited to start with this all-district journey. The final performance will be held at 2 p.m. on Saturday, Dec. 1 at Seaman High in Topeka.