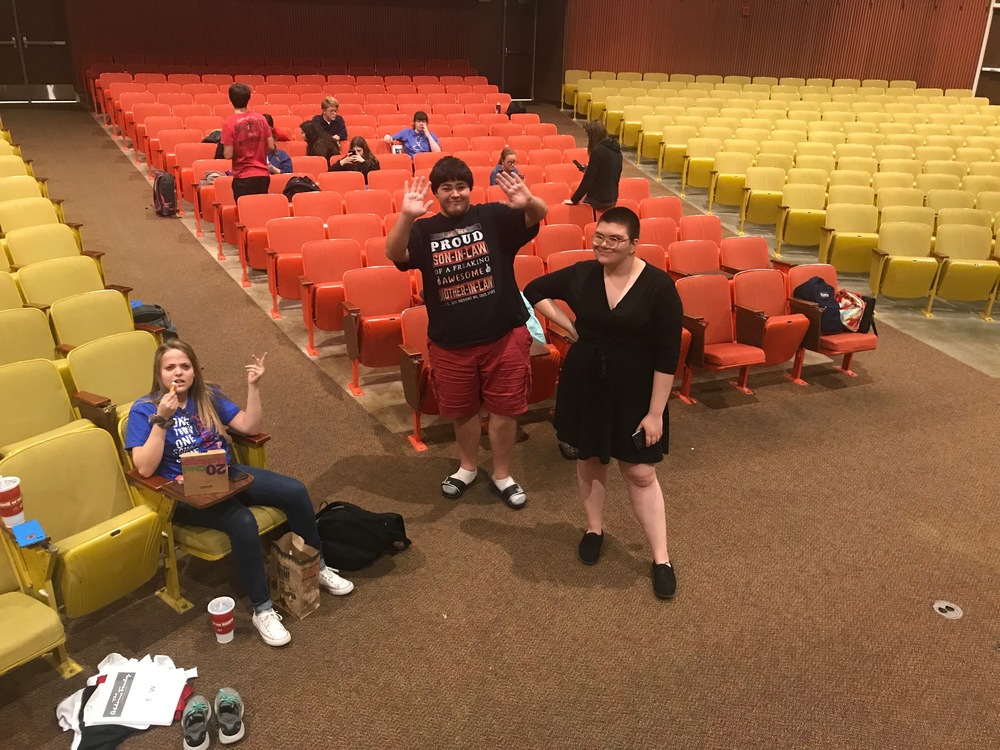 With October on the wane and November coming in hot (or chilly), the excitement is about to begin. Friday, November 9, promises exhilaration as it marks the first day patrons of the arts can see Hiawatha High School’s fall production, “The Addams Family.” However, if you’re booked that day or just want another chance to cheer on your Hiawatha Red Hawks, our talented cast will be returning to the stage November 10 and 11 for two more productions!

I took to the halls of Hiawatha High to find out more about the cast of this musical. First up was senior Jasmine Morey, stage manager for the production. This will be Morey’s first and final musical with Hiawatha High School and she’s really excited to see it all come together.

Morey wanted to be in the play because she wanted to be more involved this year than she has been in past years.

When asked, Jasmine said that she thinks that doing a musical instead of a play might be even more fun.

“Don’t get me wrong, I love plays, but adding that musical aspect is just a way to make things pop,” said Morey.

If she were an Addams, Morey decided she would be Morticia because she’s the coolest Addams and, even though Gomez is in charge, Morticia is in charge of Gomez.

Next I met with senior Liam Jones, who will play Mal Bienecke in the production. This is also Jones’ first and last musical with the high school, and he’s slightly disappointed that he didn't do something like this in previous years.

He decided to do the musical because it’s his senior year, so why not try something new? He is glad to do “The Addams Family” as his last musical because he thinks that it’s pretty funny and that the audience might really enjoy it.

Jones is satisfied by the cast selection, saying he feels like they have a “really good cast and it’s going to be a really fun musical.”

The most challenging part of bringing the script to life, according to Jones, is memorizing all of the lines.

Freshman Kiara Stone is eager about the musical for the most part, though she has mixed emotions about it. She believes “The Addams Family” is going to be cool, though she admits that she would have prefered a Disney musical.

Stone is “so happy” about her role as one of the Ancestors, the Flapper.

The final cast member I spoke with was sophomore Kate Madsen, who will also play an ancestor. Her favorite thing about this character is that she doesn’t have to sing, she just dances.

Madsen would recommend any type of person for this play, saying that the musical is really fun and anybody would have a good time.

The person with the best costume, according to Madsen, is Laila Jones, who plays Morticia Addams, and who Madsen believes will wow the audience with her performance.

If Madsen could choose any character that she would be, she would be Lurch because, “I would just grunt all the time.”

With such a fun and eccentric cast, “The Addams Family” promises to be an entertaining production, and those listed here are only a few of the many cast members. The show is definitely one that reflects its cast’s personalities well - quirky and weird, but in a way that is enjoyable and exciting.